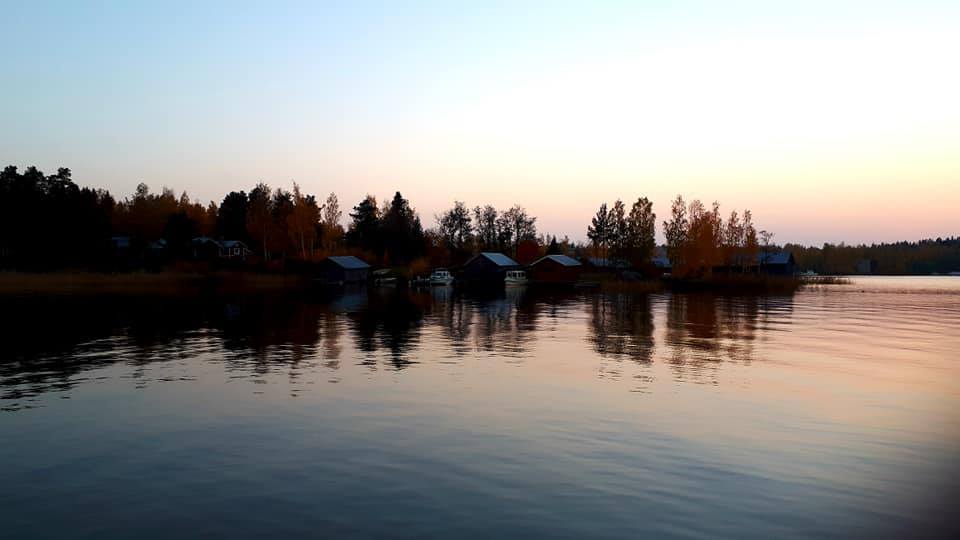 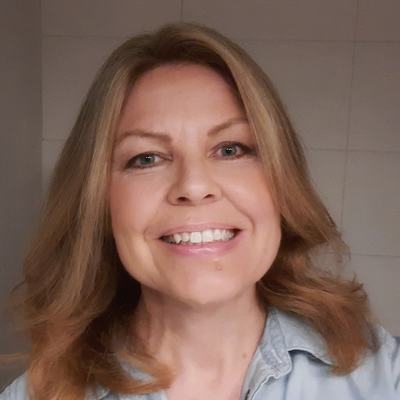 Swedish-speaking Finn from Finland. Wife, mother of one boy (2008). Teaching special education at the local university. I belive that the Organic Church/House Church is the NT way of doing Church. I'm interested in what's going on in the underground Church and I pray for the persecuted Christians.

Please tell me when to stop sharing winter pictures! This winter started early and is going to be long... We don't travel far or participate in much, due to covid. I am a lot outdoors enjoying nature instead.

At my in-laws' summer cottage. Swimming and Finnish sauna. Most Finns love this! Pictures taken at 9.30 pm and it will be light all night! It's nice in the evening but not so nice when it's hard to fall asleep or you wake up at 4 am.

My dilemma as well... But American accent is the easiest for me to pronounce.

Have a blessed 2nd Sunday of Advent! We have had below freezing point for weeks already, but very little snow. It's -5°C and this is the lightest it gets by noon, as the sun barely rises above the horizon and we have darkness for 20 hours a day. It's the opposite around midsummer.

Alexandra Gucci (born in the Gucci dynasty) speaks bravely about the sexual abuse she experienced in her family growing up. Now she is an advocate for children to protect them against sexual abuse and exploitation.
https://www.instagram.com/tv/CiTG1qgg4Lb/?igshid=YmMyMTA2M2Y=

This woman was so brainwashed with wokeism in college, that her mom contacted a cult specialist!
https://www.instagram.com/reel/Clj3-ZjtFFp/?igshid=YmMyMTA2M2Y=

I agree with this instagrammer that Swedish, Norwegian and Danish are very closely related. As a Swedish speaker I understand Norwegian almost perfectly, and I understand Danish better written than spoken, because the pronunciation is quite unclear compared to Norwegian. It's more unusual that Scandinavians communicate in English than using our mother tongues. Especially Norwegians are good at understanding Swedish and Danish. They watch Swedish television, and they are used to different dialects. Most people (not even Swedes or Finns) don't know that in the area where I live in Finland there are people who speak very old Swedish (!) dialects, even older than most Swedish dialects in Sweden. These dialects have lots of similarities with some Norwegian dialects, and even some similarities with Icelandic, which is one of the oldest Nordic languages.
https://www.instagram.com/reel/CkBajIHIoIL/?igshid=MDJmNzVkMjY=

We went to an old day Christmas market in a neighboring village, where they have an open-air museum. As you can see we don't have much snow yet.

THE TOP TEN DEADLIEST NATIONS TO BE A CHRISTIAN
https://backtojerusalem.com/the-top-ten-most-deadly-nations-to-be-a-christian/

In the Nordic countries we love to joke about one another. 🇧🇻 🇩🇰 🇫🇮🇸🇪 🇮🇸
https://www.instagram.com/reel/Ck-sppZDcty/?igshid=YmMyMTA2M2Y=

Listen and learn about what's going on in Iran! These two Christian Iranian women tell (in English) about things that you don't hear in mainstream media. Despite all killings, they are hopeful. https://open.spotify.com/episode/6iR3BC0vCNgd90wvsXSQjW?si=abmjyceHRtOeifChE2y-PQ&utm_source=native-share-menu

Swedish-speaking Finn from Finland. Wife, mother of one boy (2008). Teaching special education at the local university. I belive that the Organic Church/House Church is the NT way of doing Church. I'm interested in what's going on in the underground Church and I pray for the persecuted Christians.

health There is nothing here!

thailand There is nothing here!

vaccine There is nothing here!

sweden There is nothing here!