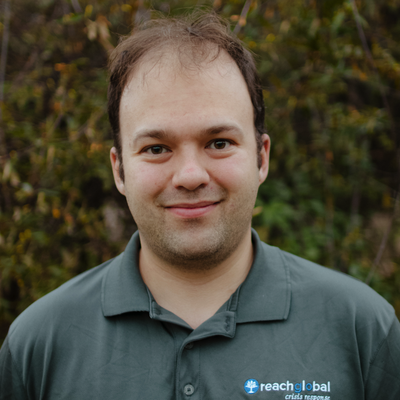 I live in Louisiana. I’m a missionary with ReachGlobal Crisis Response. I also volunteer with the Voice of the Martyrs.

I love books. Mainly history & biography, but enjoy classic fiction once in awhile.

What the....??
These mysterious heavenly signs seem to be happening every week in China.
https://backtojerusalem.com/mysterious-light-in-china-baffles-crowd/

Busy tidying up the warehouse, inintorying tools, and unloading a donation from STBI.

We also had some help from Apex. What is Apex? One of my friends has agreed to explain....

We are on one of our biggest adventures right now. can't say much about it but would appreciate your prayers.

Survived Hurricane Ida! Home unharmed, but still without power. My work, ReachGlobal Crisis Response is responding. So I’ve been very busy at work. Hope to do a more detailed update this weekend. (Also praying the power will be back on by than; so we can run AC.)

We're responding to Earthquake in Haiti. go.efca.org/2021-haiti-earthquake-response
I was working on tool Inventory.
We've prepared for Hurricane Ida.
https://vimeo.com/593966341

This Sunday we want to thank God for preparations that He has made in Afghanistan.
Last year our Afghan partners told us that their electronic devices were being checked for Bible apps. BTJ hackers began working together on a solution for them and we were able to launch Operation Black Trumpet in Afghanistan.
Today the Taliban, in an event that few saw coming, is said to be going door-to-door looking at people's phones searching for Bible apps. If they have launched Operation Black Trumpet on their device, the Taliban would not be able to find the Bible on their phone. Not many Afghan Christians know about it, but it is spreading through the underground church.
Please keep them in your prayers.
https://backtojerusalem.com/taliban-going-door-to-door-looking-for-christians-with-bible-app-on-phone-but-btj-has-program-to-help/

Perhaps Twitter believes preaching Jesus in the Middle East must be more dangerous than the Taliban?
https://backtojerusalem.com/twitter-blocks-btj-and-keeps-taliban/

JUST RELEASED! Podcast with Frank Viola about his new book.
When everything with politics, jobs, pandemic, LIFE seem out of control - it is because it IS OUT OF YOUR CONTROL - BUT it is NOT out of God's control. Letting go of the troubles and clinging to Christ is SUCH a powerful message for today.
https://backtojerusalem.com/podcast/episode-596-hang-on-let-go-with-author-frank-viola/

China quotes top expert to argue about the origin of the coronavirus. There is just one problem with the expert that they quoted.
https://backtojerusalem.com/china-quotes-expert-on-origin-of-coronavirus-theres-just-one-problem/

This is concerning for ALL Christians.
APPLE is using access to photos, messages, and videos on iPhones and iCloud to report criminals, but could their cozy relationship with China change what crimes they report? https://backtojerusalem.com/revealed-apple-uses-access-to-iphone-and-icloud-to-catch-criminals/

Read Tortured for Christ by Richard Wurmbrand. After learning about the type of Juche communism in NK it’s amazing to read this original take on the earliest form of Christian persecution from communists.

“Communism is demonic”, is common to hear, but I often feel when people say “demonic” they aren’t really being literal. It’s more like they’re using the word to get the point across that it’s just evil &wrong in the worst immoral way.

This is what Wurmbrand says:
“What the Communists have done to Christians surpasses any possibility of human understanding. I have seen Communists whose faces while torturing believers shone with rapturous joy. They cried out while torturing the Christians, “We are the devil!”
We wrestle not against flesh & blood but against the principalities and powers of evil. We saw that communism is not from men but from the devil. It’s a spiritual force-a force of evil-& can only be countered by a greater spiritual force, the Spirit of God.” Amor vicit omnia

No big money for big pharma, meaning they don't want it to get attention in media.

“Our study shows first and foremost that ivermectin has antiviral activity,” Schwartz said. “It also shows that there is almost a 100% chance that a person will be noninfectious in four to six days, which could lead to shortening isolation time for these people. This could have a huge economic and social impact.”

Please join us in praying for Ethiopia. The Tigray People’s Liberation Front have recently taken the ancient city of Lalibela.

The churches of Lalibela date back to the 12th century and are carved out in the mountains. The rock churches are a monument to the strength and endurance of the faith. Now, this ancient city and the nation of Ethiopia needs our prayers.

Starting the annual tool inventory check. First up is The Tool Crib.
https://vimeo.com/584256260

China's hosts Taliban leaders in ancient city of Tianjin.
Why does it matter?
https://backtojerusalem.com/china-working-with-taliban/

The Question No One is Asking
8 months ago, China launched 16 rockets into the sky to 'seed' the clouds and make it rain. And it rained! It was a success!
But are there side effects to manipulating weather?
BTJ partners with the underground church are currently helping the victims in the worse flood in 1,000 years. I am wondering - is this simply mother nature, is it due to climate change, or could it possibly have something to do with climate manipulation?
https://backtojerusalem.com/china-plays-god-to-control-weather-now-weather-is-more-extreme/

I live in Louisiana. I’m a missionary with ReachGlobal Crisis Response. I also volunteer with the Voice of the Martyrs.

I love books. Mainly history & biography, but enjoy classic fiction once in awhile.