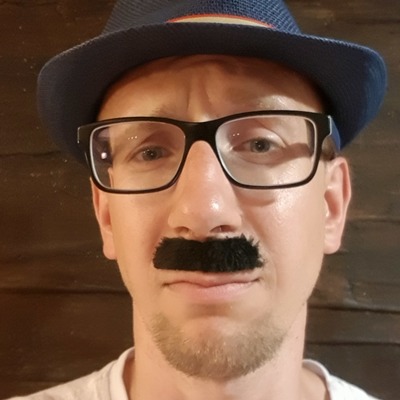 Living in Poland, Praying for Revival, Working for the Harvest

0 carbs, a LOT of fat.
Just sharing my meal as an inspiration for those that are reducing sugar intake ;-)

Biblical things happening all over the world?
What the heck is happening in Poland and Germany?
The Oder river had been poisoned, SO MUCH that in a few weeks our government had declared an emergency and said that NO ONE should get close to the water (see the map of the regions with alerts).
20 tons of dead fish had been recovered from the river so far (just on the Polish side).

So what will happen when the real poison will hit the Earth...

Revelation 8:11
"The name of the star is Wormwood. A third of the waters became wormwood, and many men died from the water, because it was made bitter."

In Polish "Pan da" means "The Lord will give".
I'm sure that this piece of information will revolutionize your life.

From "3 weeks to flatten the curve" to the brink of World War 3...
humanity, always messing stuff up.
Let's go Chasing Revival!!!

Since at least March 2022 I'm being targetted by Canada Imigration ads, from different companies.
Nope, I'm not falling on this one! 🤣

My wife just made this Strawberry Pie, anyone hungry? 🤩 Except for @sinbach , it's not keto friendly, you are probably eating raw fish from the stream anyway.

"And I looked, and behold a pale horse: and his name that sat on him was Death" 😉

Canada... what ia wrong with you 😢

Last day on the coast. 🙂

remember to enjoy the little things. just keep on being faithfull and thankful in the smallest of deeds.
like bubble catching with my daughter.
maranatha

Living in Poland, Praying for Revival, Working for the Harvest